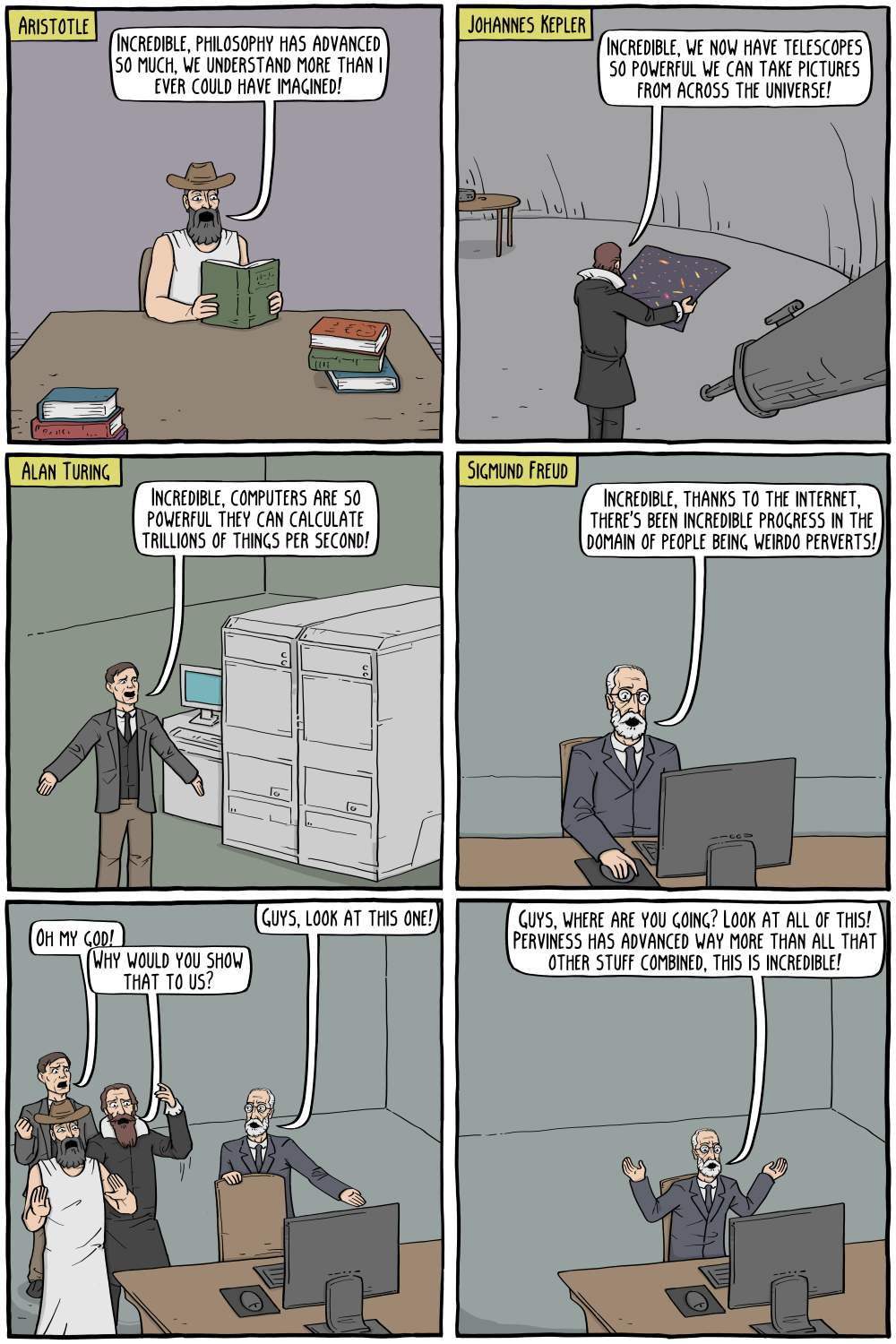 Hovertext:
This also explains the abundance of normal matter in the universe is the result of a battle against the Diraculons.

I will always re-share a "what idiot called it X and not Y" joke.
South Burlington, Vermont

Abe Shinzo has succumbed to his wounds.

Shinzo Abe, Japan’s longest-serving prime minister, died on Friday at 67, after being shot while campaigning for a candidate ahead of national elections.

The police arrested a suspect, Tetsuya Yamagami, 41, on an initial charge of attempted murder before Mr. Abe’s death was announced.

The Japanese Fire and Disaster Management Agency said that Mr. Abe had been shot in his right neck and left chest. Footage on social media showed Mr. Abe collapsed and bleeding on the ground in the western city of Nara, near Kyoto.

A bit on his legacy:

Abe built off Japan’s long-standing security alliance with the United States. Wary of an assertive China, he also developed close ties between Japan, Asia’s richest democracy, and India, the region’s most populous. Abe was a strong proponent of the Quad, an informal gathering of Japan, India, Australia and the United States that is a counterweight to Beijing. He also joined forces with Australia to save a major regional trade deal after Washington pulled out.

But relations with Tokyo’s closest neighbors were strained during his time in office. He bolstered right-wing nationalists by visiting the controversial Yasukuni Shrine, which honors, among others, World War II war criminals. Abe also enacted laws to allow Japan’s Self-Defense Forces to fight alongside allies overseas, in a move that alarmed South Korea and angered China.

Gun violence in Japan is extremely rare in large part because gun ownership is tightly controlled, which is probably why the shooter had to build his own gun.

There’s no clear indication of the motive of the shooter, other than a claim that he intended to kill and that he was dissatisfied with Abe. Obviously there’s a lot more to come, including more thorough discussion of the assassin’s intent and of the impact of the murder.

Everything Everywhere All at Once by Abigail Nussbaum (noreply@blogger.com)
Friday June 3rd, 2022 at 2:37 AM

There's a problem I've talked about before on this blog, of trying to review something really good and not knowing what to say about it beyond "it's really good, guys". When a work is bad, or even just flawed, you have an access point. When something works on all levels, though, it can be hard to tease out the threads that makes that success happen, to find the specific selling point that might
Read the whole story

wmorrell
reply
A well stated review, and it doesn’t even get into how the Daniels managed to make one of the most emotional scenes in the movie using nothing but a lingering shot of motionless rocks. Rocks!

This essay takes as its starting point the people on the Internet — there are apparently a huge number — who are currently obsessed with the idea that Amber Heard is a manipulative liar, who is making Johnny Depp look bad to the public, which is why he was “forced” to sue her for defamation after she published a WAPO op-ed back in 2018 about how her marriage to him had been abusive in various ways (the more general topic of the op-ed was #MeToo).

But that’s just the jumping off point for a discussion of what could be called anti-fandom:

Some of the most active commenters aren’t so much determined fans of Johnny Depp as anti-fans of Amber Heard.

Hilde Van den Bulck, a professor of communication at Drexel University, has studied the version of fandom that inverts its practices and creates a community of denigration. Where fandom tends to derive from a positive emotion (I love this actor; I love that character), anti-fandom draws from just the opposite, and nurtures negative feelings toward a famous person or character. Fans and anti-fans both express themselves through online sleuthing: They hang on the object of their fascination’s every word, and analyze every detail of that person’s wardrobe and hairstyling and self-presentation. “Anti-fans know as much about their object of anti-fandom as fans do about their object of fandom,” Van den Bulck said. Their relationship with the celebrity they despise is “often very deep, very emotional.”

I’ve come across this latter group before. In 2020, I reported on fandom communities that were fixated on theories that the male objects of their fandom were being manipulated and tortured by less-famous, female romantic partners. A faction of Benedict Cumberbatch fans believed that his wife, Sophie Hunter, was part of an international crime ring and had faked all of her pregnancies. (This is not true.) A faction of One Direction fans believed that the band member Louis Tomlinson was gay and forcibly closeted by the entertainment industry, and that his ex-girlfriend and the mother of his child, Briana Jungwirth, was central to the conspiracy. (This is not true.) The anti-fans I wrote about tried to prove their claims by examining hundreds of photographs and video clips—just as the Depp fans and Heard anti-fans are doing now. They also hunted for evidence that their beloved celebrities were winking at them, offering tiny, secret rewards for seeing the truth. One Direction fans claimed that Tomlinson was posting things on certain dates or at certain times so that the digits would make a coded message, just for them. Similarly, Depp fans look for signs that he is grateful for their support, and that he is trying to entertain them from inside the courtroom.

These fans, who are also anti-fans, subject the women they hate to body-shaming and wild criminal accusations, and skewer them using sexist tropes. The targets of their anti-fandom are manipulative and ambitious, as a rule, but also stupid. They are glamorous and seductive, but also secretly disgusting. When I interviewed a Cumberbatch fan who was a firm believer in the conspiracy theories about his wife, she identified herself as a feminist. It was Hunter, she said, who was “setting women’s rights back [and] making everybody look bad.” Many Depp supporters now make the same argument. They insist that they are not a reactionary movement trying to undo the work of the #MeToo movement, and that questioning Heard’s claims does not make them misogynistic. If anything, she is the one who is making a joke out of #MeToo, and making things harder for “real” victims of abuse. Lady Victoria Hervey, a small-time British model and socialite with some 300,000 Instagram followers [jfc], has written that Heard “sounds like she would be more at home in a psych ward,” and referred in a recent Instagram story to “girls like these that constantly make things up.” “So many are sick of these fake me too movement victims who are ruining it for real victims of domestic abuse,” she wrote to me in an email, declining to speak further. (Hervey has also espoused “New World Order” conspiracy theories and described the pandemic as a “eugenics program.”)

There’s a lot going on here.

*The idea of inverted fandom seems to have a lot of saliency to contemporary politics. Many people have noted that the current version of the Republican party seems to have practically no positive ideological identity at all: it doesn’t stand for anything so much as it stands for being against whatever liberals/progressives/the “woke” etc. are for.

*Part of Donald Trump’s peculiar hold over American politics is, I think, a product of his ability to generate not only fanatical support but also fanatical hatred — well-deserved in his case. Nobody is neutral or indifferent about Trump, except people who are completely disconnected from politics altogether.

*There’s a kind of leftist or pseudo-leftist who isn’t a fan of any particular country or social system, or at least not of any that actually exist, but rather organizes his (this is almost always a man interestingly) identity around hating everything about the current social order. A lot of Bernie Bros were obviously anti-fans in this sense. Glenn Greenwald — who of course has never been a leftist but still sort of plays one on TV — is a classic version of this sort of anti-fan. The entire dirtbag left, see for example Chapo Traphouse, consists of overgrown boy-men with major Mommy issues who just want to bitch about how everything sucks.

*And then there’s the whole celebrity obsession/cyber conspiracy side of this issue, which is also intimately connected to larger political goings-on. (The people who scour the Internet for conclusive evidence that Amber Heard ingested a “bump” of cocaine on the witness stand are clearly the same kind of people who end up believing in QAnon, The Big Lie, and so forth).

*Then there’s the misogyny running through all this, as so many of the stories of anti-fans, at least in the celebrity cyberworld, seem to be about the obsessive hatred of women connected in some way to famous men.

As I said, there’s a lot to think about here, so I hope you do it for me.

The PyCon US Blog

1 Comment
We understand that the PyCon US recordings are an incredibly important resource to the community. We were looking forward to providing the PyCon US 2022 recordings very soon after the event – especially since we know many of you weren’t able to attend this year’s conference in person. Regrettably, we have encountered some technical obstacles this year. We are working with our AV partners at the venue to resolve things as soon as possible.

Because of the ongoing pandemic, we were unable to work with our usual vendor for PyCon US conferences. They are based in Canada and understandably didn’t want to commit to travel to the US this year. This resulted in PyCon US contracting with a new AV vendor for the first time in many years. We were very thorough in providing details, but ultimately this was a new team doing work to new specifications.

The onsite AV team has provided an update on the technical issues as follows: “Some of the sessions are missing audio or graphics and are being worked through. There is a backup drive of all the content that has been mailed to the editing team to hopefully resolve those that are missing graphics and/or audio.” We remain hopeful that everyone’s sessions will eventually be posted with all audio and graphics intact, but it is going to take more time than we would like.

We hope the community understands the challenges in planning this year’s event and we greatly appreciate your support and patience as we work through this issue. Planning a safe, comfortable in-person event after two years of virtual added many additional pieces that took the PSF’s small staff time and effort to implement. We will continue to provide updates on the status of the recordings and will release an announcement once they are uploaded to the PyCon US YouTube Channel and available for viewing.
Read the whole story

wmorrell
reply
I was wondering about this. Going to hold tight a bit longer it seems.